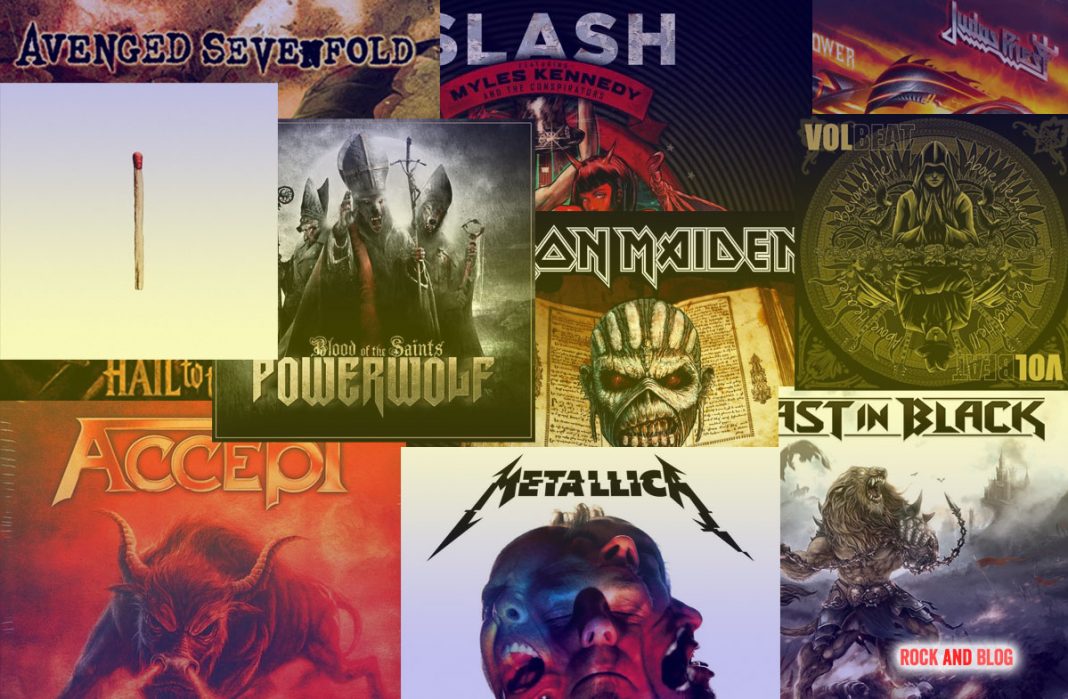 The long January is over, and the Christmas hangover and annual compilations are moving away. That is why we believe that it is a good moment to review a whole decade that was started in 2010.

In this way we will try to commemorate all great albums that have been published since then. Rock and Blog offers you a ranking with the most memorable album of each year since 2010 as well as other outstanding albums of that time. Hopefully you like it, and do not hesitate to leave any comments about those albums that you liked most and we have missed here.

In 2010 the Danish band Volbeat published their fourth studio album through the Vertigo / Universal label. Undoubtedly, a great album that does not present novelties regarding the style of the songs, a mixture of Trash metal and heavy metal, but that leaves aside the most classic rock and roll that we enjoyed in some of his previous albums.

Although this album can’t beat his previous album “Guitar Gangsters And Cardillac Blood”, thanks to songs like “Fallen” or “Heaven nor Hell” they get all the fans of Volbeat sound in their pocket. A song that is surprising is “Evelyn”, with its introduction closely linked to death metal until the moment when Michael Poulsen takes the reins of the song offering part of his melodious and amazing voice.

Despite the great success of this album, the great work of art “The Final Frontier” by Iron Maiden with that great space theme, the shut up that Avenged Sevenfold managed to give to all those who they didn’t trust them thanks to “Nightmare”, the decent album with a
blunt sound “7 sinners” by Helloween or the “Deep Blue” band from metalcore Parkway Drive.

The 7 best music streaming services and applications in 2020

The fifth edition of MAD COOL kicks off with Metallica at...

0
This is our review of the thirteenth work of the exquisite FM, which is at a very high level to delight the most exquisite...

0
First Signal returns with a fourth studio album, entitled "Close To The Edge" First Signal came about with an offer from Serafino Perugino to Harry...

0
Our beloved Degreed has recorded an incredible album to enjoy from beginning to end "Are You Ready" One of our favorite bands, our good Swedish...
Facebook
Instagram
Twitter