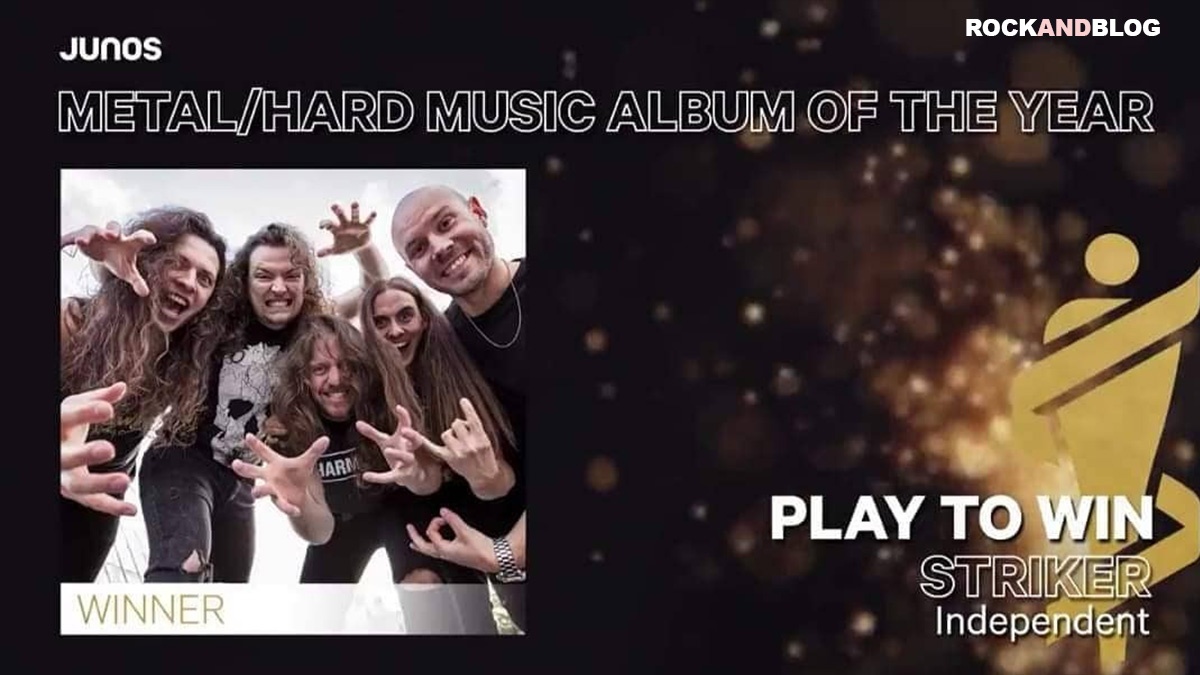 Champions in blending classic heavy metal, hard rock, and 80’s hair metal, Canadian shredders STRIKER‘ssixth studio album “Play To Win”, released via their independent label Record Breaking Records, has won the 2020 JUNO AWARD for Metal / Hard Music Album of The Year. As the most prestigious music award an artist can be given in the country, the 49th JUNOAwards were originally scheduled to be held at the SaskTel Centre in Saskatoon, Saskatchewan on March 15th, 2020, but due to the COVID pandemic was forced to reschedule as a live stream on June 29th.

This was Striker‘s second JUNO Award nomination and first win.

“We are very grateful for the Juno win this year, especially as an independent band. The Juno is the culmination of all the support from the Canadian music industry we’ve had, from FACTOR, Alberta Foundation for the Arts, Canada Council for the Arts, and many others, and helps us feel validated as artists. There was a strong lineup of talent at the awards this year, and just to be nominated among them was an honour. We hope everyone stays safe out there and we look forward to returning to live music!”

Striker‘s album “Play To Win” was nominated alongside Kobra and The Lotus – Evolution, Lindsay Schoolcraft – Martyr, Single Mothers – Through A Wall and The Agonist – Orphans.

Full details on JUNO Award winners and nominees can be found here.

eaturing 10 fist-pounding shredtacular anthems, Striker‘s “Play To Win” was produced by the band plus mixed and mastered by Hendrik Udd (Firewind, Powerwolf, Hammerfall, Delain). The band supported the release last year with tours across North America with DEATH ANGEL, ANVIL, STEEL PANTHER, HOLY GRAIL, and BEWITCHER along with performing on 70,000 Tons of Metal. “Play To Win” followed their 2017 self-titled full length that the band supported with tours across Europe and North America with Sonata Arctica, Dark Tranquility, and Warbringer along with festival appearances at Bang Your Head Festival (Germany) and more to add to their almost 1000 shows performed in their decade-plus career.

“Play to Win: if you want to win you have to play the game. Find the rules and break them. This is our 6th album and 3rd independent release. If we followed the rules and listened to the industry people we’d have gone absolutely nowhere. Play To Win is about listening to yourself, following your own path, and playing that 5th ace hidden in your sleeve. This album is designed to light a fire under your ass and get you moving, and we made sure to get the most modern, ear melting sounds possible. It’s all about where metal is going, not where it has been, and this is our soundtrack to success.”