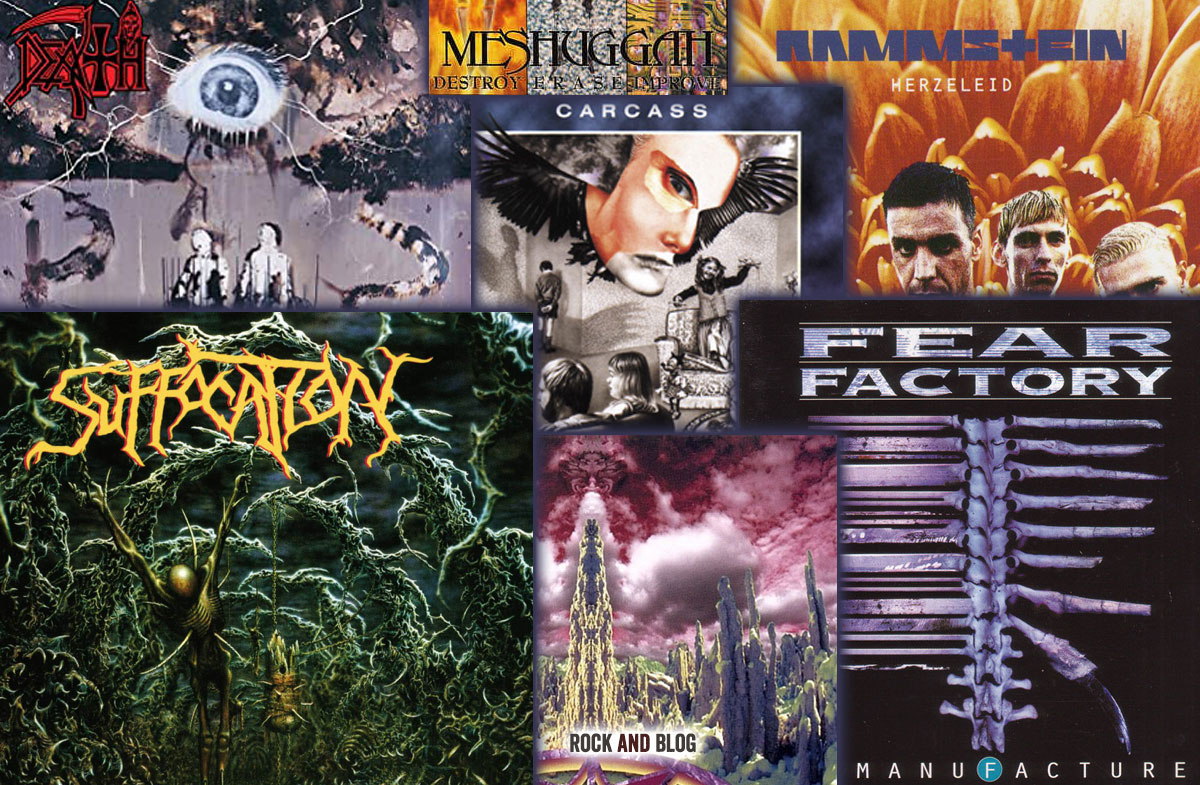 No doubts that Extreme Metal reflects good health, you can search the history of a library or in cyberspace, to find out that if we remember a quarter of a century ago, we found very valid productions. Productions that suggestively serve as a source of inspiration for the new generations or even more so for those of us who are perpetual consumers of these genres and are delighted to hear them.

These bands have evolved, have settled on the scene, have been renewed or disappeared. Glorious or disastrous stories where their musicians are the main protagonists of these productions that have given us sensations to continue living and notice how they have transformed or developed the genres such as Death Metal that currently border on technicality in a masterful way.

Behind these albums is the inspiration of the events of those moments or junctures.

We perceive how some bands were born and jumped from anonymity, others were already having some success that brought them down in their creative capacity and ultimately gave us songs that are considered hymns to this day. The following are just a sample, there are many more from other genres, but for me and for my peculiar taste he dedicated a review to them so as not to forget them and share them because it is never too late to listen to them.

Its characteristic that each title of its records begins chronologically with the order of the letters of the alphabet was fulfilled for the fourth time. The success of the Americans came from its members, Trey Azagthoth on guitars and programming, Pete Sandoval on drums, Erik Rutanon the other guitar and programming, and David Vincent on bass and vocals. For this last one, this album was the farewell recently released and was replaced by Steve Tucker, who carried a very heavy slab of being afrontman MORBID ANGEL who had a very good pedigree thanks to the support of his followerswho were swarming in the underground as the band did, gaining importance and influence that in the future would be what would take its toll.

The variety of “Domination” is incredible, with its own strong riffs and masterfully executed instrumental themes, without losing its anti-Christian and blasphemous content. Tracks like “Dominate” that opens up this vortex of distorting rhythm changes or “Where The Slime Live” with the guitar solo dedicated to Eddie Van Halen, are samples of a great album. The sinister schedules were among the first to be heard making clear the magnitude of these professionals, they were pioneers. “Eyes To See, Ears To Hear”, “Dawn Of The Angry” or “Inquisition (Burn With Me)” make Headbandig mandatory, the eleven songs are tremendous. MORBID ANGEL, closed an era with the departure of Mr. Vincent, he would return a decade later, the band continued with some ups and downs, cementing its legend, but the evolution for the people of Tampa, Florida was their next destination.

FREEDOM CALL will do a live stream concert for charity this Friday May 29th at 08.00 pm CET! At...
Read more