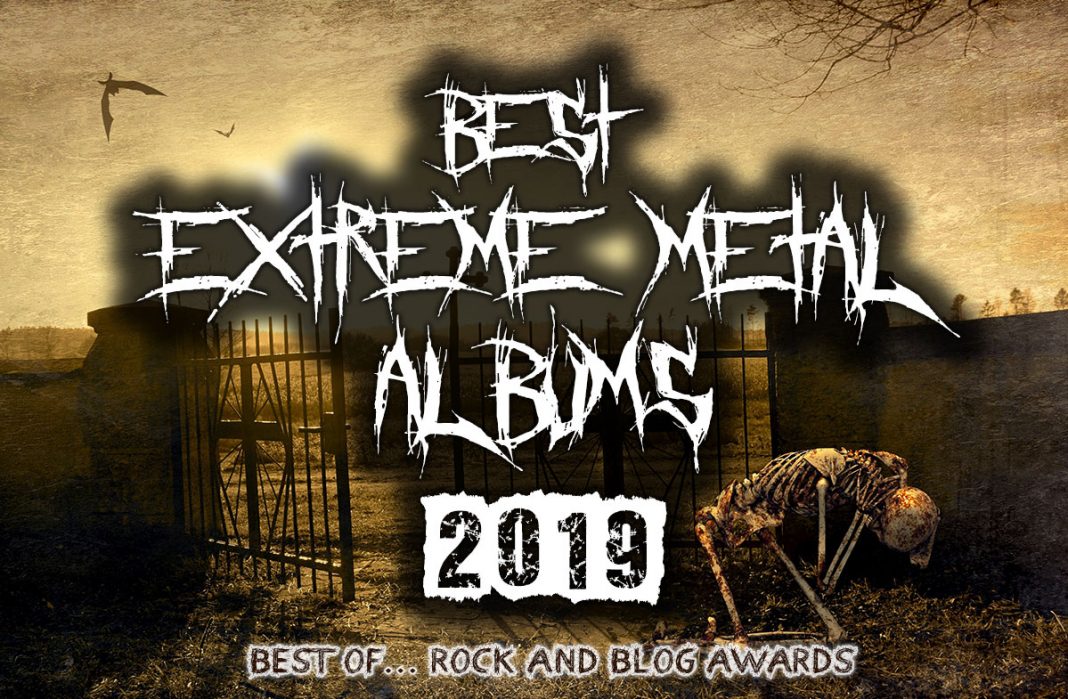 MAYHEM, Abbath, Death Angel, FLESHGOD APOCALYPSE … Which one is your favourite? This is our list with 10 Best Extreme Metal Albums of 2019

Extreme metal mission is to push the boundaries of metal as far as they can go. For example, Some bands as grindcore, try to play as fast as possible while funeral doom bands serving as the antithesis.

Metal is more abrasive than most mainstream media can handle. The bands on this list are not mainstream and have no in top radio lists.

Openning this list we have Italian grandmasters of orchestral death metal FLESHGOD APOCALYPSE are finding spontaneity rewarding on new album, »Veleno«. Over the past four albums – previous album, »King« (2016), floored fans and critics alike – the Francesco Paoli-led trio have planned every step, discussed every note, and ensured every salutation to Paganini, Bach, and Mozart was met with an equally brutal death metal equivalent. On »Veleno«, which is Italian for ‘venom,’ they needed a change of approach (and pace).

To achieve this, FLESHGOD APOCALYPSE distanced themselves from distraction – line-up changes, tours, and the frustrations of day-to-day life – unboxed the songwriting process, and let the inspiration flow freely. On »Veleno«, they’ve matured, blended more efficiently their musical vision, and walked away with 11 songs that sound like a new band with an unsatiable prey drive.