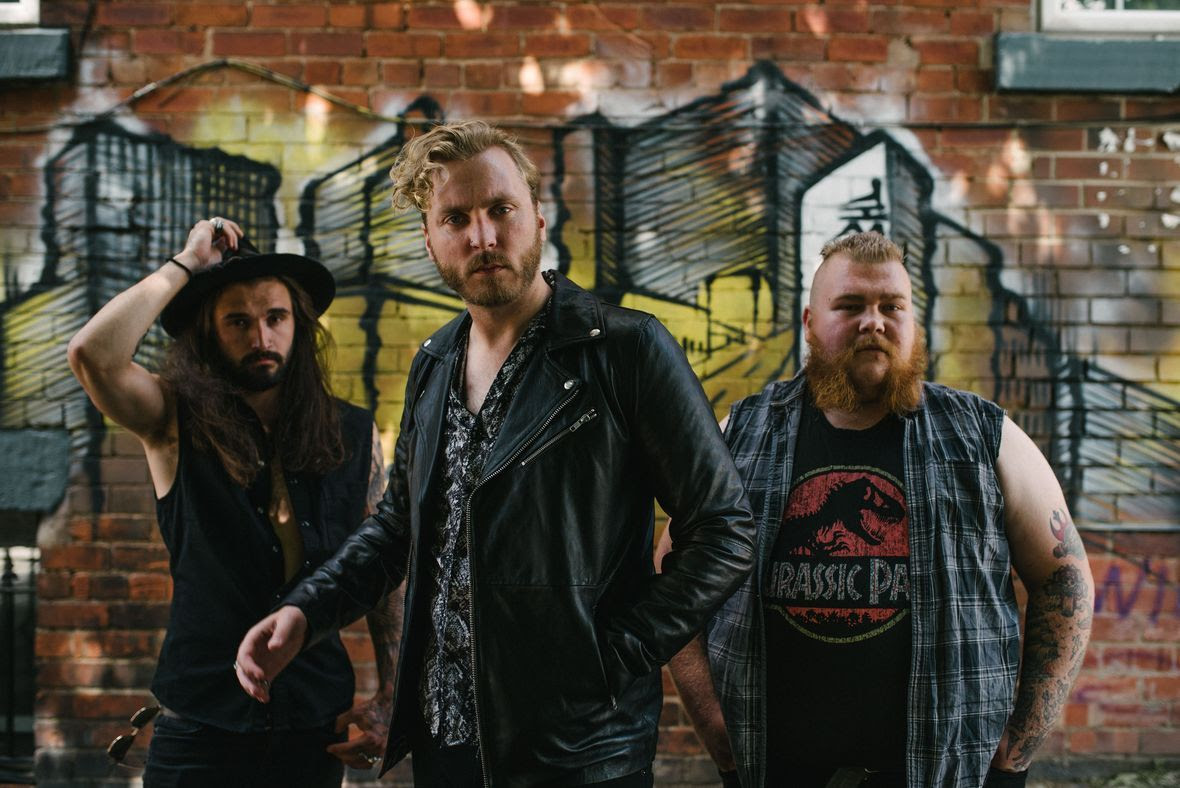 UK based hard rock trio Wolf Jaw drop brand new lyric video ‘Shoulda, Woulda, Coulda’ to mark the one year anniversary that saw their van and equipment stolen which prevented them from finishing their UK tour.

The tragic event saw fans from all over unite and set up a page to help them. This video is a tribute to those people. The video also shows the journey of Wolf Jaw and how the band have progressed from playing small clubs and pubs to the notable Download Festival, an achievement that many bands can only ever dream of!

The track comes from their 2019 album The Heart Won’t Listen.

“This song was was written about the theft of our van last year, it was also the first song musically that was written for ‘The Heart Won’t Listen” but also the last to get lyrics. When the van was stolen along with all of our gear we had a huge outpouring of support, it was incredible really all the offers of help, gear loans, messages from far and wide. There was also a crowed fund set up by one or two of our fans and this is really a big thank you to all of the people that donated to that.

There were also a fair few people tell us what we should have done, what they would of done and what we could have done.. hence the title and some of the lyrics. Its definitely a song of defiance that shows that it’ll take more than that to stop us. The riffs are heavy and the groove swings, Its one of our favorites to play live for sure.” – Tom Leighton, Vocals