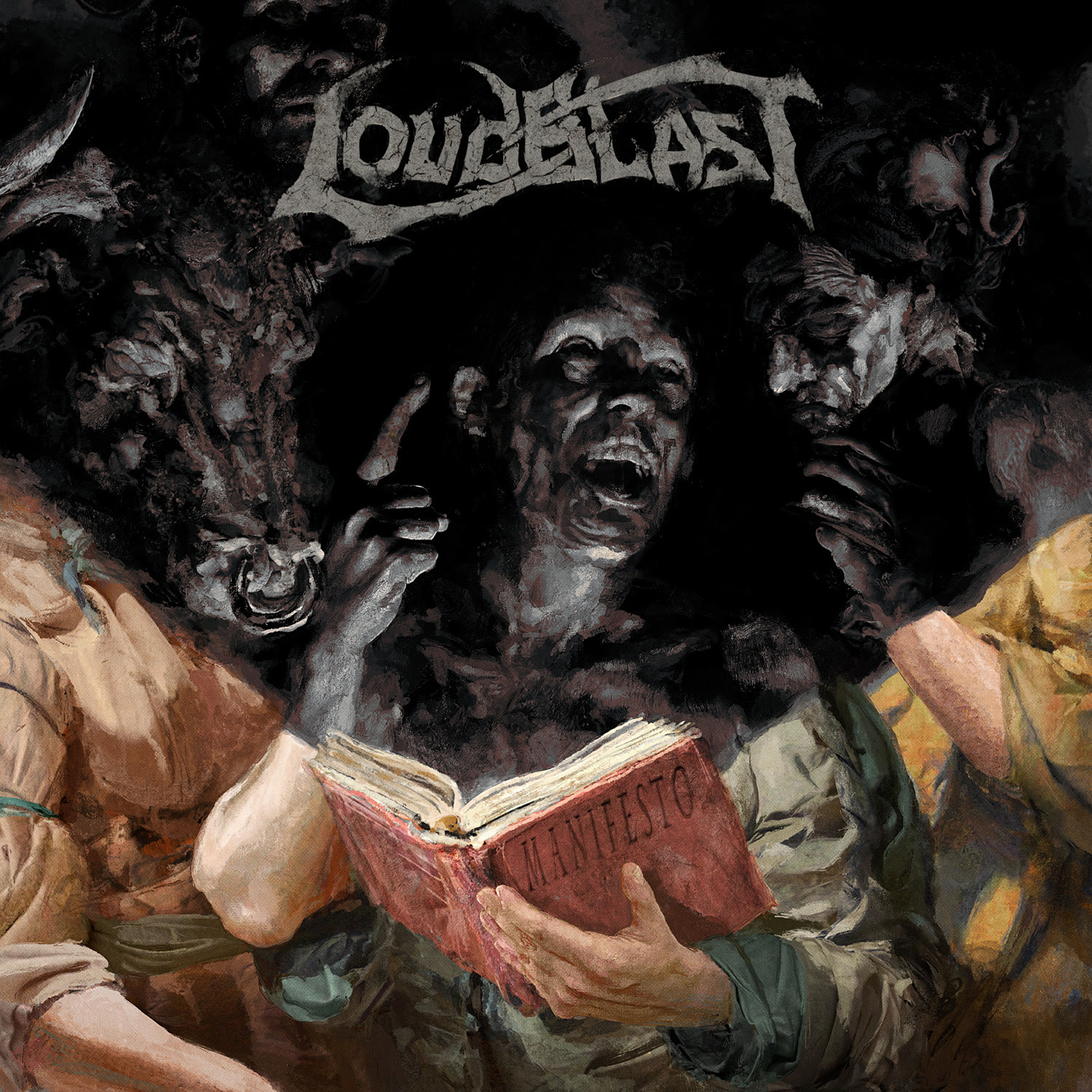 After 35 years, LOUDBLAST remains a unique entity of fully dedicated musicians churning out some of the catchiest death thrashing head banging madness.
LOUDBLAST have been recording their new album ‘Manifesto’ at Vamacara Studio in France. It is produced by HK Krauss and band leader Stéphane Buriez. ‘Manifesto’ contains 10 new songs (and several more bonuses recorded for limited editions).

The cover art was made by Eliran Kantor who once again achieved a stunning piece of work :
“Stéphane told me about the album title, and I came up with the idea for the cover late at night while I was trying to fall asleep : I pictured a book that instead of bringing enlightenment (usually portrayed by rays of light), is emanating shadows. A dark cast revealing the evil nature bubbling in black tar beneath those who read it. »

Band guitarist and front man Stéphane Buriez comments on its musical side :
« This album has a particular feel for me, the themes refer to the chaos of life as such, to the chaos of society, the darkness of man revealed through his everyday actions. In ‘Manifesto’ there’s the unhealthy side of our previous album ‘ Burial Ground’, the atmospheres of ‘Disincarnate’, ‘ Sublime Dementia’ and ‘Cross the Threshold’, just a real Loudblast album !. “

New member Frédéric Leclercq ( (ex Dragonforce – bass) adds :
« While we kept certain elements of « Burial Ground”, especially in terms of darkness, there was also common goal to go back to the roots of Loudblast. Stylistically, a balance between the brutality of Disincarnate, and the technicity and melodicity of Sublime Dementia. “
LOUDBLAST ’s new album ‘Manifesto’ is scheduled for an early November 2020 release date.
‘Manifesto’ basic track listing (without bonuses – no specific order):