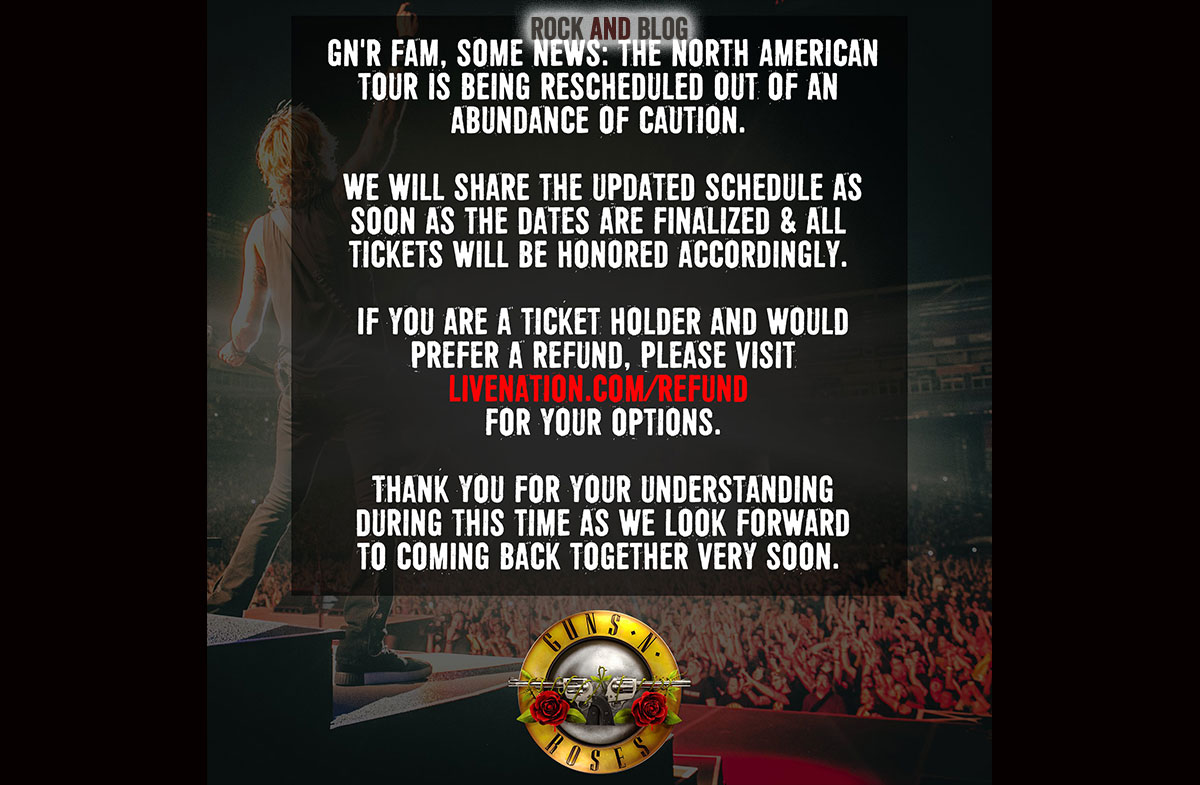 These are not rare news actually but we have another tour postponement announcement. Guns N’ Roses recently announced that 2020 European tour dates were cancelled, and now they’ve confirmed they will reschedule their North American route as well.

“The North American tour is being rescheduled out of an abundance of caution,” the band posted on their social media. “We will share the updated schedule as soon as the dates are finalized and all tickets will be honored accordingly.”

For those ticket holders who prefer a refund can find all the information in this link ivenation.com/refund.

Palaye Royales shows us an utopian world inside their third album "The Bastards" This is Palaye Royale’s third studio...
Read more