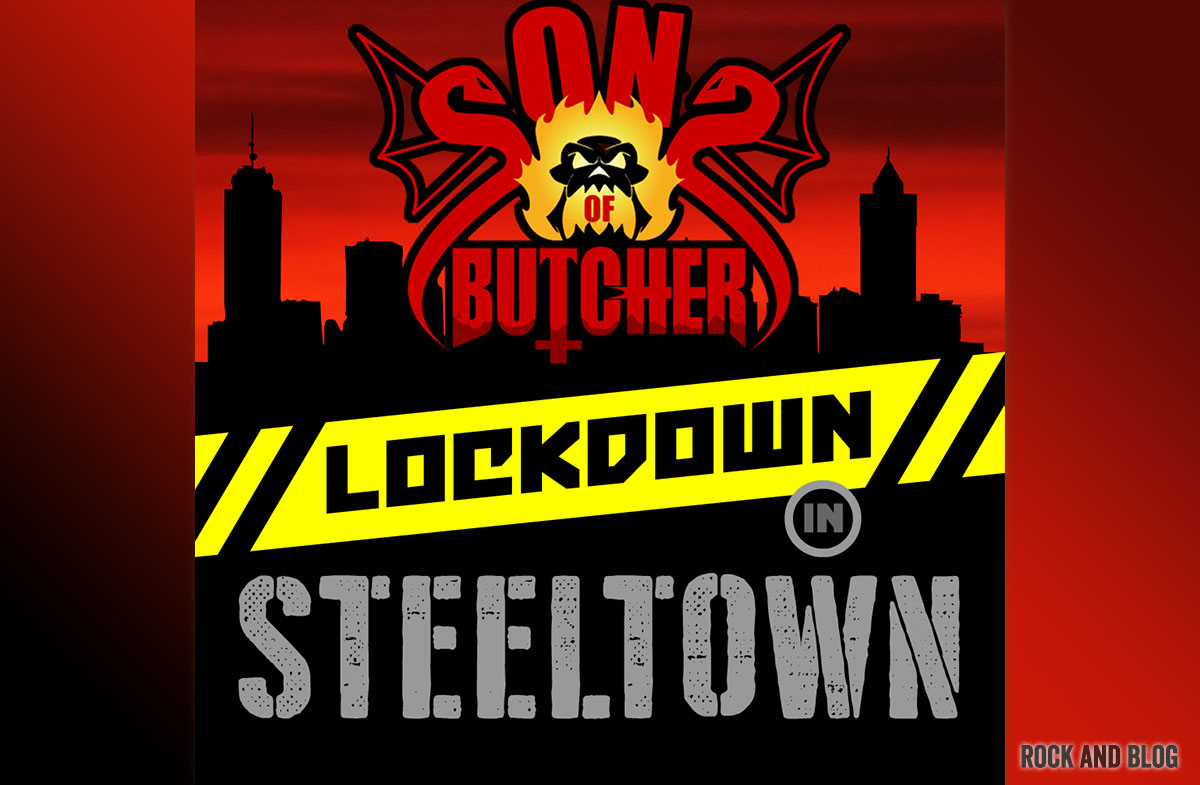 SONS OF BUTCHER, the canadia “mock rock” band has released a new video for the song “Speaking Moistly”

Sons of Butcher, Canada’s most formidable “mock rock” band has a new collection of music out, aptly named “Lockdown In Steeltown”, themed around the COVID-19 pandemic.  This is the first release from the band in four years, and it comes right after the announcement that Sons of Butcher will be creating a third season of their show themselves with the entire original team.

Sons of Butcher wrote the EP in the spring right when quarantine measures were enforced around the world and it goes through some of the experiences that the Sons would likely be facing during that time. Initially, the track “Quaranteen” was meant to be a one-off, but more lockdown themed lyrics kept coming and an entire EP was forged. Meant to be a distraction from all the craziness, Sons of Butcher explains the EP and the single “Speaking Moistly”:

“This EP is a look into the lives of these cartoon rockers as they’re forced to lockdown in place in their hometown of Steeltown. Each character is coping in their own way and has their own song to express it. Speaking Moistly is a cover song, a heavy’d up version of the internet meme classic based on (Canadian Prime Minister) Justin Trudeau’s ‘speaking moistly’ speech. This song is fast, energetic, and informative as Ricky outlines the specifics about next phase etiquette.”

Singing about meat, sex, and everything in between, they are a mixed bag of rude unapologetic party rock from the bowels of Steeltown. Fans can expect much more from Sons of Butcher as they are just ramping up and will be starting the new season of the show as soon as they complete the pilot. Recommended for fans of Tenacious D, Spinal Tap, and Van Halen, the video for “Speaking Moistly” is streaming on YouTube and their Facebook page with the EP due out officially on June 19, 2020.

Tygers Of Pan Tang will reissue their álbum "Ambush" in September t’s a cold day in Kent in 2012...
Read more