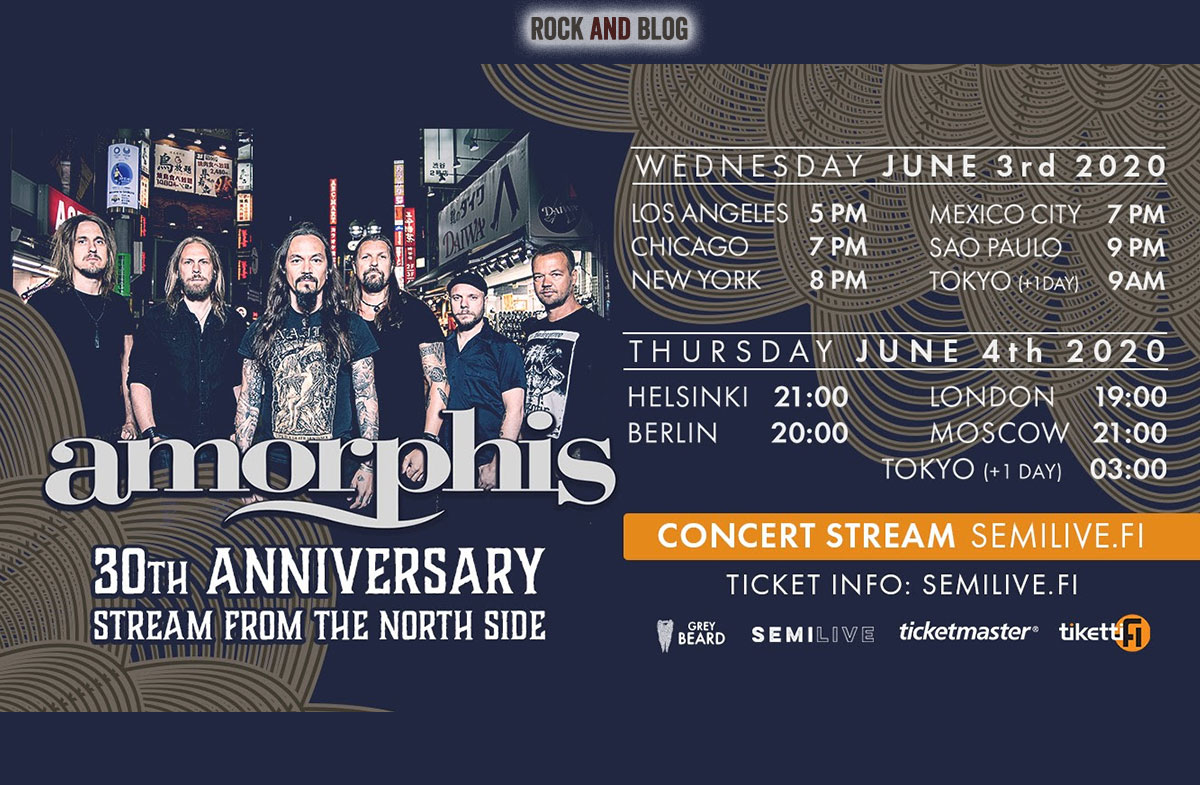 AMORPHIS is celebrating its 30th anniversary this year. Due to the current situation, the band’s official anniversary tour has had to be postponed, but no worries – to cheer their fans up, AMORPHIS will play two live-stream shows on June 3rd and 4th 2020.

“AMORPHIS has received a lot of requests for live streaming, so we have now planned two different anniversary shows which will be streamed for the fans,” says the band’s guitarist and founding member Esa Holopainen. “No one knows how long this current situation will last, so these streams are probably the only AMORPHIS shows in the near future.”

The band streams two separate shows through SemiLive.fi, the first of which is aimed for the band’s fans in America, the second to home audiences in Finland, Europe, UK and Russia. Ticket buyers have the opportunity to watch the show again for 48 hours after the stream. In addition to the normal ticket, there will be a so-called support ticket that allows fans to support the band in the midst of a difficult situation. There will also be a special “Stream From The North Side” t-shirt design available that can only be purchased during the next two weeks.

AMORPHIS 30th ANNIVERSARY – STREAM FROM THE NORTH SIDE