This is our review of the thirteenth work of the exquisite FM, which is at a very high level to delight the most exquisite ears

Do the British have thirteen as an unlucky number? I guess so, in fact, if we join that number to Friday we have a saga of scary movies, haha.

Well, FM is not that bad luck, to release a new album, the thirteenth of their already exquisite career, and to call it Thirteen, well, that’s what it has to be, they are good, sorry, very good, they are a reference in the melodic Rock, both for quality and experience, and they can call the album more than enough.

Steve Overland, guitar and vocals, and his boys, we could already say his boys of always, Merv Goldsworthy, bassist, and Pete Jupp, drums, of course, together since 1986, and Jem Davis, keyboardist, and Jim Kirkpatrick, guitars, in the band since 2009, with “Thirteen” fill our ears with a timeless album, of amazing quality, and that if you didn’t know it was an album made in this year 2022, you know it because I’m telling you, it would fit perfectly in their discography as the next to their two eighties hit “Indiscreet” and “Tough It Out”.

“Thirteen” is one more notch, number thirteen, in that revolver that only knows how to shoot exceptional melodies, with a lot of hooks, rhythmic bases, bass and drums, unique in its genre, keyboards, synthesizers, often, one hundred percent eighties, guitars with an exceptional class, sweet, very clean, with a lot of feeling, and voices, a timbre, Overland’s, unique, he is god, without more, the years do not pass for him.

“Shaking the Tree” is a sweet and pounding rhythmic base, as pounding are the keyboards in the chorus. The rhythm guitars are very well worked, as well as the double solo of the two guitarists.
“Waiting on Love” sounds like an FM classic, with a wonderful bass, I’m already imagining Mev and his eternal smile playing these notes, and a demolishing chorus, with the FM choruses that accompany Steve’s magic. Don’t miss the keyboards, they will make you fall in love, that’s how the police sirens should sound, hehe.

“Talk Is Cheap” has a very authentic start, live meat, which is joined by some fat and classy guitars, the ones in the bridge, and the ones in the chorus, with an acoustic and metallic feel at the same time. Pete comes through on those changes before the chorus.

“Turn This Car Around” is Bon Jovi and Springsteen at the same time, without a doubt, the song with the most American feel of the album. Keep an eye on Mev here, don’t lose track of him!

“Love and Wa “r is a heavier song, a fatter song in which the chorus is the big protagonist.
“Long Road Home”, the ballad, Overland accompanied by acoustic guitars and piano, and FM backing vocals, what else to say!

“Be Lucky”, after the ballad, brings us back to those FMs of a lifetime, elegant rhythmic base, powerful and silent at the same time, house backing vocals, omnipresent keyboards, worked guitars, and…Overland.

And as if everything heard so far had been normal, nothing could be further from the truth, the four great songs of the album appear, the ones that raise Thirteen to an outstanding level. With “Every Man Needs a Woman” the band comes out, no more. It is a harder song, with a very marked rhythm in which all the instruments come out, I even hear a keyboard with Hammond air, in each listening you get something new, and unleashed Mev, very machacón, some very fine guitars… the best song of the album.

With “Just Got Started” they show what it means to be a hard-hitting Melodic Rock band. This song is choruses, dialogues, and a demolishing chorus, brutal, I love Mr. Jupp!

And what can we say about “Fight Fire With Fire”? the beginning, is incredible and hilarious, it takes you to any movie from the eighties. The verses, with some funky drums and bass lines. The guitars are very funky and Overland is incredible, awesome!

And this marvel called “Thirteen” ends with “Be True to Yourself”, FM in its purest form, why else?

It is often said that more of the same tires, bores, exhausts, but not with FM, the years go by, the albums go by, the melodies continue, the quality continues, the illusion continues. FM is a must in this of music, always in my team, and Overland as captain, of course.

FM line up in “Thirteen

Review by THE PLANET OF THE APE 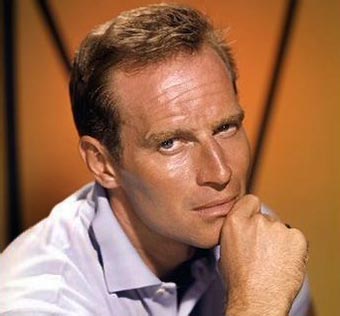 It is often said that more of the same tires, bores, exhausts, but not with FM, the years go by, the albums go by, the melodies continue, the quality continues, the illusion continues. FM is a must in this of music, always in my team, and Overland as captain, of course.Album Review: FM "Thirteen" (2022)
Facebook
Instagram
Twitter